Percy Jackson’s seventh-grade year has been surprisingly quiet. Not a single monster has set foot on his New York prep-school campus. But when an innocent game of dodgeball among Percy and his classmates turns into a death match against an ugly gang of cannibal giants, things get… well, ugly. And the unexpected arrival of Percy’s friend Annabeth brings more bad news: the magical borders that protect Camp Half-Blood have been poisoned by a mysterious enemy, and unless a cure is found, the only safe haven for demigods will be destroyed.

In this fresh, funny, and hugely anticipated follow up to The Lightning Thief, Percy and his friends must journey into the Sea of Monsters to save their beloved camp. But first, Percy will discover a stunning new secret about his family—one that makes him question whether being claimed as Poseidon’s son is an honor or simply a cruel joke.

“Families are messy. Immortal families are eternally messy. Sometimes the best we can do is to remind each other that we’re related for better or for worse…and try to keep the maiming and killing to a minimum.”

I jumped into Sea of Monsters right after finishing Lightning Thief. If I had to rank them I would say Lightning Thief I like better, but I enjoy more aspects of the quest for this one. Oh and I LOVE Tyson so much, his relationship with Percy is so sweet.

I really like how Percy actually isn’t given the quest this time around, but he still ends up going on a quest due to his empathy link with Grover. I love how Riordan writes out characters temporarily in order to help keep things fresh, without making the capturing of the characters seem forced. Getting glimpses of Grover and his time with Polyphemus was both interesting and entertaining, especially how Grover delays wedding.

So, I mentioned that the quest for this one was something I liked more, that’s because the Odyssey is one of my favorite stories and was my introduction to Greek Mythology (one of those version of the Odyssey for kids), so seeing Sea of Monsters mirror Odysseus’s story was so cool. I really liked the way Riordan was able to update the story while still paying clear homage to it.

I also loved the character growth in this book. By now, we know who the main players are, but we really get to see the character dynamics. Annabeth and Percy have some serious conflicts due to Tyson, Clarice deals with some confidence issues, Percy deals with his feelings of acceptance with his dad (especially since Tyson is around), and all the characters deal with the fact that Luke is behind the recruitment for this upcoming war.

Rick Riordan continues to show his talent with making mythology approachable for younger readers without cleaning up the text too much. The characters in this series are so likable and despite being young (and feeling like kids), manage to not be annoying. I really like how there’s a maturity to the characters that doesn’t feel too forced. For example, at the beginning of the book, Percy is embarrassed that Tyson is revealed to be his brother, but by the end of the book is genuinely happy to claim Tyson as his brother. I also loved the nods to the Odyssey and how this book tied into the overarching story. This series is so much fun and great for all mythology fans. 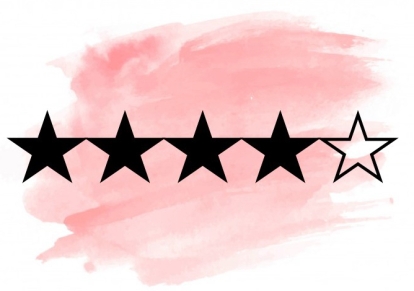