For twelve long years, the dread fortress of Azkaban held an infamous prisoner named Sirius Black. Convicted of killing thirteen people with a single curse, he was said to be the heir apparent to the Dark Lord, Voldemort.

Now he has escaped, leaving only two clues as to where he might be headed: Harry Potter’s defeat of You-Know-Who was Black’s downfall as well. And the Azkaban guards heard Black muttering in his sleep, “He’s at Hogwarts…he’s at Hogwarts.”

Harry Potter isn’t safe, not even within the walls of his magical school, surrounded by his friends. because on top of it all, there may well be a traitor in their midst.

Harry Potter and the Chamber of Secrets: ⭐️⭐️⭐️⭐️⭐️

The Harry Potter reread continues and I’m surprised by how much I loved this one. I’ve always thought Prisoner of Azkaban was more in the middle of my HP ranking, but so far this one has been my favorite. The amount of heartwarming and legitimately sad moments in this book got me completely off guard. Like the previous two reviews, there will probably be too many comparisons to the movies due to the fact I’ve seen the movies more recently. Also, these reviews all pretty stream of consciousness because how else does one talk about Harry Potter.

“I solemnly swear that I am up to no good.”

At the beginning of the book, Harry is doing some of his homework and we get this amazing tidbit of witches during the witch hunt fucking with muggles and it made me chuckle.

Then we get Aunt Marge and holy crap, she was SO much worse than I remember. She talked about killing puppies due to weakness and wanted so much corporal punishment it was downright uncomfortable to read at times. Like I’m surprised baby Becky wasn’t more scared over this (though I am super sensitive to cruelty to animals so maybe there was a lasting mark).

Speaking of, I think this book really highlights how awful Snape is. There’s a bit where Snape literally makes Neville feed a potion to his pet to “motivate” Neville to stop messing up. Like, I have such mixed feelings about the “Always” scene and still cry during film viewings, but I also acknowledge that he’s a total ass and should not have been given a weak redemption arc, but I’ll discuss this more during book 7. 10 points to Gryffindor for the bogart lesson and Lupin giving Neville time to shine.

Hagrid giving the kids the Monster Book of Monsters and being sad they didn’t find them as funny as he did make me sad. The rereads of these books is making me love his character so so so much more. He cares so much about the creatures and is so sensitive to being a good teacher. I’ll also talk about this a bit more in Goblet of Fire, but I honestly think Hagrid doesn’t get enough credit for all he does and is given so much unnecessary crap. I forgot how Hagrid straight up told Harry and Ron they were being complete asses to Hermione and told them they were bad friends, leading to the three making up. Ah, Hagrid is the best and I love him.

That being said, the Buckbeak subplot will never not be heartbreaking. What I forgot about though was how awful Malfoy was about it. The fact that he made fun of the fact that Hagrid lost a pet was just awful. 1000 points to Gryfindor for Hermione slapping him, I just wish it was the full-on deck he got in the film.

Malfoy is so much worse in the books. I still stand by the fact that he should’ve been given the redemption arc, but I’ll talk about that more during Half-Blood Prince. In these first few books, you see how Draco was shaped by his family’s prejudice and I think it would’ve been so powerful to see Draco actively work past this and make peace with Harry and friends by the end.

I think it’s absolutely hilarious that in this world divination and Trelawney are considered total quacks. Hearing about the divination lessons were so entertaining, especially Hermione getting sick of them and just storming off.

” That makes her number of accurate predictions, uh 2. I should give her a raise.”

Lupin also proves himself to be the best teacher ever and is up there with Hagrid for most enjoyable characters. Every scene with him was both entertaining and informative. His defense against the dark arts obstacle course final sounds so much fun. I’m still pissed that he felt like he needed to resign and we couldn’t get more lessons with him.

Also, I really love how the shrieking shack scene was done in the books. I remember being so shocked finding out everything that happened, from Lupin being a werewolf, to who the Mauraders actually were, to the biggest reveal of all – Sirius was innocent. Harry having the pure moment of hope that he can live with Sirius ripped away from him because Wormtail is the worst made me tear up more than I was expecting. Also, the fact that Lupin finally found friends and they became animagi so they could go on adventures. Their friendship is actual goals (Wormtail excluded, of course).

Oh and Harry using the fact his godfather was a convicted murderer to fuck with the Dursleys is just *chef’s kiss*.

This book really cemented why I loved this series so much growing up. This was the first book to hint at how dark things were to come, while still including super heartbreaking and heartwarming moments. Characters we’ve grown to love are given some great moments to shine and this book also makes young readers think. James and Severus hated each other, but James knew when a joke was taken too far. Hermione and Ron had a terrible fight that almost resulted in their friendship ending and were able to make up to help Hagrid save Buckbeak. Harry finally has some family.

There are so many other moments in my notes I want to highlight, but just talking about plot points out of context with a note of “cool” doesn’t make for an interesting review. Just know this books a favorite for a reason and I’m stoked to read my illustrated edition once I’m reacquainted with it. Prisoner of Azkaban is so far my favorite during this reread and I’m so excited to carry on with the remaining books. 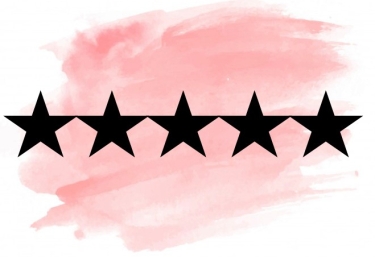