Werewolf barista Julie and her new girlfriend go on a date to a close-up magic show, but all heck breaks loose when the magician casts a horrible spell on their friend Chet. Now it’s up to the team of mythical pals to stop the illicit illusionist before it’s too late.

This was actually pretty cute. I’ve put reading this graphic novel for so long and I’m happy that I finally gave it a read. This was a cute, feel-good graphic novel that was super easy to read. I liked the plot and the splicing of the mystery novel. There was this notion that Julie had this deep dark secret, but honestly, I don’t feel like I knew what it was. Julie is dating a werewolf and is a wolf herself, so I thought she was selfconscious about that at first but there was nothing saying that wolves are looked down upon in this world and it’s not like Julie was hiding her wolfness from her girlfriend, who was also a wolf. I know it’s way too much analyzing for a short graphic novel, but honestly, it was the only thing that was bugging me while reading it. Super cute and perfect for people who want a cute urban fantasy world with some fun characters.

Werewolf barista Julie and her supernatural friends try to unwind at a party, but a conniving fraternity of fairy bros has other plans for our heroes. With one of their friends trapped in the frat house and the winter solstice (a notable night of magical mischief) looming ever-closer, it’s up to the amorous werewolves and gregarious centaur to save the day.

Okay, so this one followed a battle of the Greek life, but with fae. I liked the premise but my enjoyment was hindered because Julie and her girlfriend were fighting so much during this graphic novel and I never felt like I fully understood why. I know that Julie didn’t share her book with her girlfriend and showed a couple of her friends, but it didn’t feel like it warranted the animosity that it got. I don’t know, that might’ve just been me. Also, the story with the puppy and “Piddles” might be why Julie doesn’t like being a wolf, but again, I wasn’t 100% sure if that’s where they were going with it. Like the first one, cute overall but one glaring issue that kept me from enjoying it more.

I do like this graphic novel series. It’s a cute quick and easy read and I will probably continue on with the series. The 3rd volume is coming out in June and I’m curious to see more from these characters. I really like Chet and Cass and I think there’s a lot of room for improvement with my relatively nitpicky issues. If you’re looking for a new graphic novel series to start during these dark times, these are a great pick for something a bit lighter. 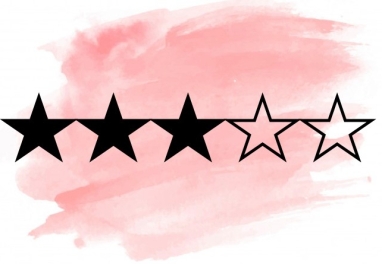