No one believes in them. But soon no one will forget them.

It’s 1889. The city is on the cusp of industry and power, and the Exposition Universelle has breathed new life into the streets and dredged up ancient secrets. Here, no one keeps tabs on dark truths better than treasure-hunter and wealthy hotelier Séverin Montagnet-Alarie. When the elite, ever-powerful Order of Babel coerces him to help them on a mission, Séverin is offered a treasure that he never imagined: his true inheritance.

To hunt down the ancient artifact the Order seeks, Séverin calls upon a band of unlikely experts: An engineer with a debt to pay. A historian banished from his home. A dancer with a sinister past. And a brother in arms if not blood.

Together, they will join Séverin as he explores the dark, glittering heart of Paris. What they find might change the course of history–but only if they can stay alive.

This was a  book I was terrified to pick up after a recent rise of negative reviews from people who tend to have similar reading tastes to me. I’ve seen many people compare this book to Six of Crows, having never read Six of Crows, I can’t comment on that comparison. What I can say is that this book reminded me of YA Dan Brown. Like, we’re going through historical places, looking for treasure with mathematical or history-based clues.

I can see why people would hate this book. I totally get it. That being said, I thought this book was okay. It was enjoyable to read, I listened to this one exclusively as an audiobook and finished it pretty quickly. I found myself quickly entranced in the story and able to become invested early on. That being said, this is a story that will probably become forgettable in the coming months. I’ll definitely remember the big plot points, but I’m sure when the sequel comes around, I’ll need to reread this one.

Oh, and as for the world-building, I personally didn’t have a problem with being thrust into the world and allowed for some explanation as the story went on. Though I know many readers enjoy more of that world-building, I would compare this to Caraval, where you don’t get much of an explanation until the later books, and even then there are still questions to how the world works.

“Nothing but a symbol? People die for symbols. People have hope because of symbols. They’re not just lines. They’re histories, cultures, traditions, given shape.”

Séverin – Séverin was definitely the leader of this group. I enjoyed his character, though some decisions he made towards the end were questionable. I understand characters acting uncharacteristically due to grief, but I felt like Séverin took it too far. Biracial (Algerian and French), from an abusive household.

Laila – Ah, I loved Laila’s character so much. I loved how sassy, yet level headed she was. I enjoyed how she wasn’t afraid to stand up for herself and stand up against her friends when they were acting like idiots. I’m still angry for her from the ending. Indian (own voices).

Tristan – TRISTAN, what a little cinnamon roll. Tristan was definitely my favorite of the group. He is so precious and pure. I hate spiders, but this little dude made me feel for his tarantula, Goliath. White, from an abusive household.

Zofia – I loved how spunky Zofia was. She reminded me of Zila from Aurora Rising, always using her brain and using science/math to solve the problems, though struggling with human interactions. I felt for her towards the end, poor girl! On the Autism spectrum, Jewish, Polish, anxiety rep, more comfortable with numbers and logic, possibly showing signs of being on the OCD spectrum.

Enrique – Historian and just one of the most fun characters in this book. I enjoyed his sass and how confident he was. He was such a great addition to the group as he is one of the few without a magical affinity, which allowed him to help in other ways. Ah, I just loved him so much. Biracial (Filipino (own voices) and Spanish), queer.

Hypnos – Y’all, I was prepared to HATE Hypnos but towards the end, he ended up being such a fun addition to this group. He was able to add some fun comic relief while knowing when to help the team. I honestly was expecting him to make some different decisions towards the end but was pleasantly surprised with what actually happened. Black, queer. 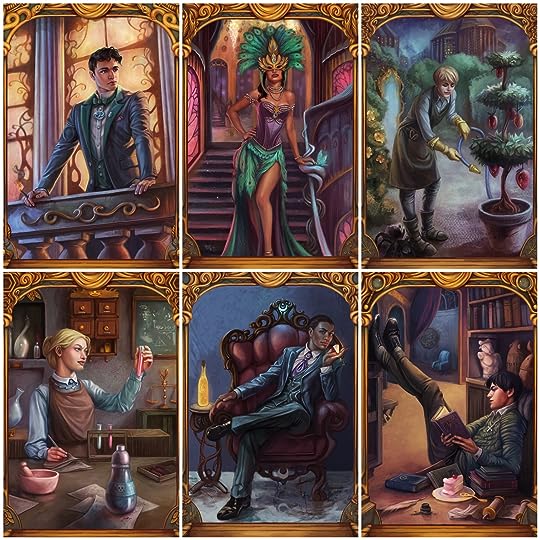 The plot for this book is fairly simple, a found family group of misfits come together and are tasked with looking for a missing treasure that can affect the very nature of humanity. Also, some of the puzzles were so easy to solve, I was saying the answer a good two pages before the characters figured it one.

At the end of the book, there was also a tragedy that resulted in a couple of characters acting so uncharacteristic it was annoying to read about. There better be a redemption ARC coming, because damn, that was one unsatisfying conclusion to this book. I do hope book two can make a comeback.

I was expecting this book to be way worse than it was after some recent reviews. The overall get the MacGuffin plot was fine, but nothing special. The puzzles were easy to solve at times but still interesting to watch the characters figure it out.

The characters were easy to love and easy to become invested in, which was definitely this book’s strength.

I think a final complaint I had with this book was that although it was set in the 1800s, the magical affinities and related tech made it easy to forget that. Though, I feel like this is a book that would lend itself to be adapted quite well. 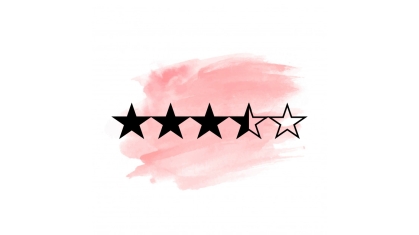