Children have always disappeared under the right conditions; slipping through the shadows under a bed or at the back of a wardrobe, tumbling down rabbit holes and into old wells, and emerging somewhere… else.

But magical lands have little need for used-up miracle children.

Nancy tumbled once, but now she’s back. The things she’s experienced… they change a person. The children under Miss West’s care understand all too well. And each of them is seeking a way back to their own fantasy world.

But Nancy’s arrival marks a change at the Home. There’s a darkness just around each corner, and when tragedy strikes, it’s up to Nancy and her new-found schoolmates to get to the heart of the matter.

No matter the cost.

Now, if you’ve been following me for a while, you’ll know this is easily one of my favorite series. I’ve been obsessed with it since reading it last year and I’ve actually already done a video on this book, so if you wanna watch that, here ya go (it was one of my early videos…so sorry for the shit audio):

Baby Alastor is in it, if you want some feels lol.

But yeah, I love this book so so much. I honestly wish it was like 200 pages longer because I enjoy it so much and I didn’t want it to end. But I also like the pacing this book had being on the shorter side.

This book is jam packed with diversity. Nancy is asexual and her asexuality is talked about on the page. Kade is trans. We have side characters who are LGBT (we find this out in later books, fyi) and we have different cultures and ethnicities represented as well (again, fleshed out more in later books).

I also love the plot for this book so so much. It starts off as a girl who returns to our world from an Underworld and is sent to Elenor West’s Home to Wayward Children. Then things start to go wrong and this turns into a bit of a murder mystery in the second half.

“For us, places we went were home. We didn’t care if they were good or evil or neutral or what. We cared about the fact that for the first time, we didn’t have to pretend to be something we weren’t. We just got to be. That made all the difference in the world.”

Probably my favorite part of this book (and series as a whole) is learning about the different worlds that the children go through. Nancy’s Underworld is very reminiscent of Ancient Greece, between people acting like statues and Nancy eating pomegranate seeds. As a lover of Ancient Greece and Greek mythology, I loved this world.

I also really enjoyed the fact that Elenor has been trying to map the worlds (Nonsense vs. Logic, Wicked vs. Virtue, and some other directions). I think that’s such a creative way to look at the worlds and really allows for a lot of potential for this world to grow. Right now there are 8 books projected (5 announced/released and 3 that need to be announced) and honestly they can release 100 and I’d probably read all of them.

I thought the characters in this book was were fun and compelling and the murder mystery was a turn I wasn’t expecting this book to go in. Because the book is so short, the mystery was solved pretty quickly. Though I did like the resolution and motive behind the murders.

Um, because this book is so short, I don’t think I can talk about it anymore without going into spoiler territory, so I will end it here. I do urge you to pick up this book if you haven’t already. It’s been getting a lot of hype, and for good reason. It’s a fun portal fantasy with diverse characters and a fun and compelling plot.

I highly recommend this one for lovers of fantasy, short books, and portal fantasies (i.e. Alice in Wonderland). 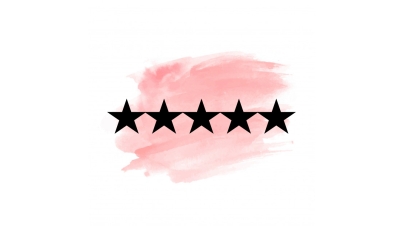